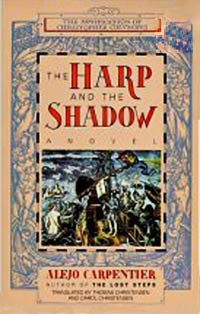 According to a study by Kristin Harper, an evolutionary biologist at Emory University in Atlanta, there is new support for the notion that syphilis was exported from the Americas to Europe by the conquistadors who followed in the wake of Columbus.

The study was published in the Public Library of Science Neglected Tropical Diseases. Just in case your subscription to that august journal has lapsed, I will report that the study examined the evolutionary relationships in the family of organisms (known as phylogenetics) that include syphilis. By comparing the DNA of the organism, the researchers concluded that venereal syphilis came into being fairly recently, while a related (but less severe) disease, yaws, is ancient. The study supports an American origin for the disease, which apparently developed in the sixteenth century.

Because syphilis began to spread through Europe upon the conquistadors’ return from the new world, it has long been thought to have had an American origin (years ago I read speculation that it was the result of bestiality). But there is a minority of scientists who have subscribed to the notion that syphilis is ancient in origin and predates the conquest. Some in this school criticize aspects of the new study’s methodology.

Still, the anecdotal evidence supports a New World origin, and this study gives the conjecture new support. If this is the case, then the spread of syphilis can be viewed as one of the first and most lasting consequences of globalism. (Jared Diamond’s Guns, Germs, and Steel explores similar issues).

Shown: The Harp and the Shadow, a novel of Columbus by Alejo Carpentier