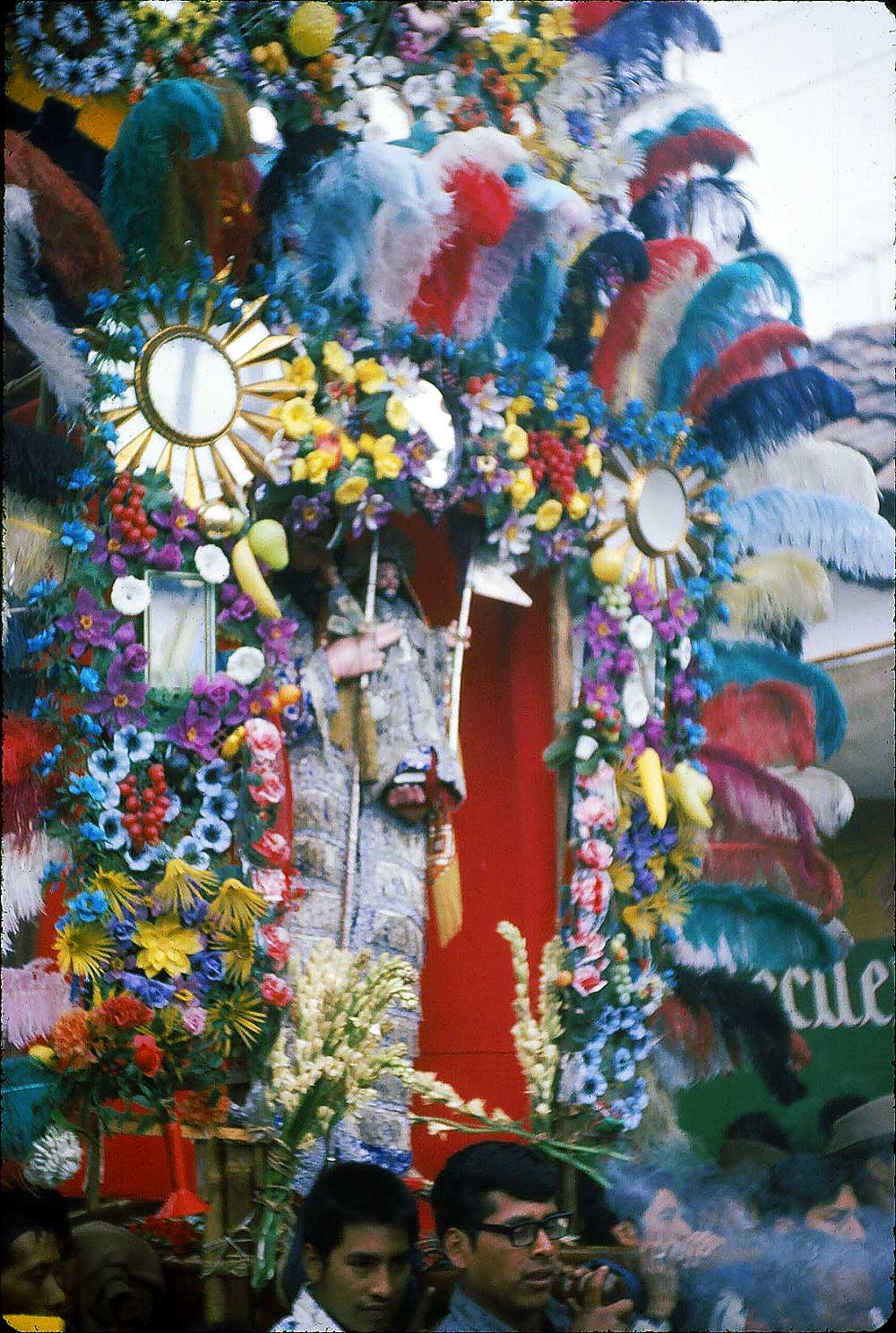 A festival in Chichicastenango, Dec. 1974.

I remember my first arrival in Guatemala, back in the 1970s. I had been studying literature at the University of Wisconsin-Madison, when I got what seemed to be an opportunity to teach at the Universidad de San Carlos de Guatemala (in fact I ended up teaching at the Colegio Americano). As we traveled from the airport to our new home in Mixco Viejo — then a rural suburb of Guatemala City where cattle grazed in fields, but today well inside the city sprawl — I saw workers sweeping mounds of flower petals out of the roads. Wow, I thought, I’m not in Madtown any more.

Flowers are so pervasive in Mesoamerica that it is easy to take them for granted. 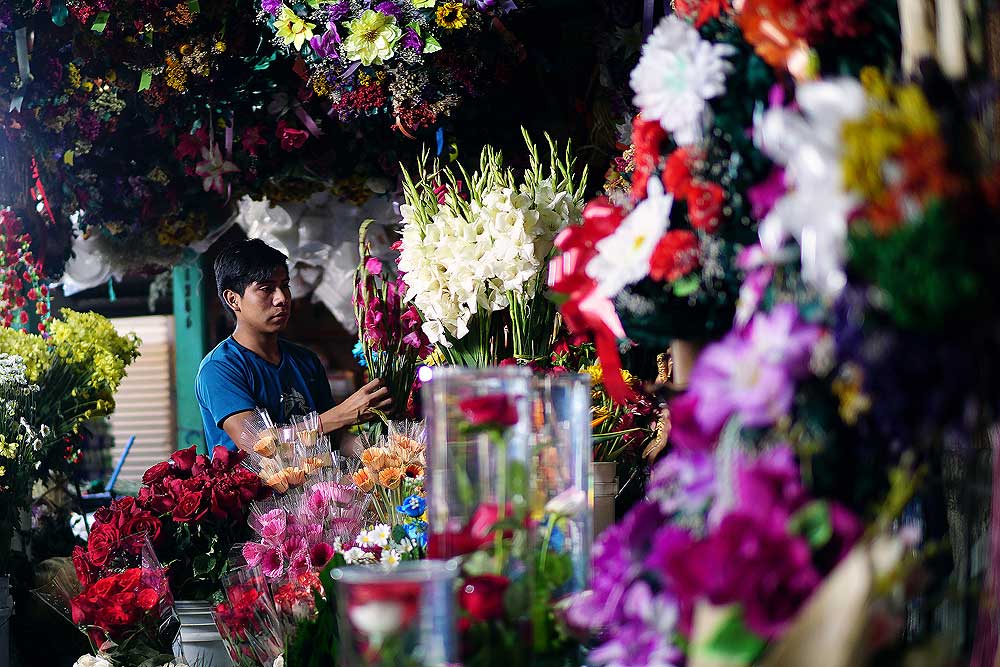 It’s hard to image a festival in the lands of the Maya that does not involve flowers, and this tradition goes back to ancient times. In a discussion of the ruins at Uxmal, Linda Schele and Peter Mathews write of “a small torso in a rosette” found on that site:

This image represents the birth of a god from a flower. There are several beautiful figurines that show just such an emergence from a flower. Moreover, modern Lancandon myth holds that the gods were born from plumeria flowers, and among the modern Kaqchikel and K’iche’ of Guatemala the word for placenta is kotzij, or  “flower.”

Legends say that Quetzalcoatl sought to replace human sacrifice with offerings of flowers and butterflies. The Aztec gods Xochipilli, Macuilxochitl, and Xochiquetzal all had strong connections with flowers, and all were viewed as patrons of the arts.

Morning glories seemed to offer visions of the realm of the flowers. Their seeds (called “Ololiuhqui” in Nahuatl) were consumed to produce hallucinogenic visions during festivals to Tezcatlipoca, the god of rulers, sorcerers, and warriors (this is the god whose name translates as “smoking mirror“).

Some flowers offer connections to ancestors. Marigolds are a traditional offering on the Day of the Dead. Offerings of marigolds are mentioned in the Popul Vuh. In 1992, Jane H. Hill posited the existence of a “Flower World” among Mesoamerican peoples, and this work has more recently been extended by her together with Kelley Hays-Gilpin in an essay in the Journal of Anthropological Research. According to this research, the Flower World is the spirit land the dead go to, “a beautiful chromatic world that includes not only flowers but also colorful birds, butterflies, and rainbows.” Flowers, these authors conclude, are metaphors of the heart and soul.

Certainly flowers are at the heart and soul of Mesoamerican culture. And flowers continue to be a major motif in contemporary Maya painting (as witness any number of paintings at Joseph Johnson’s excellent Arte Maya). 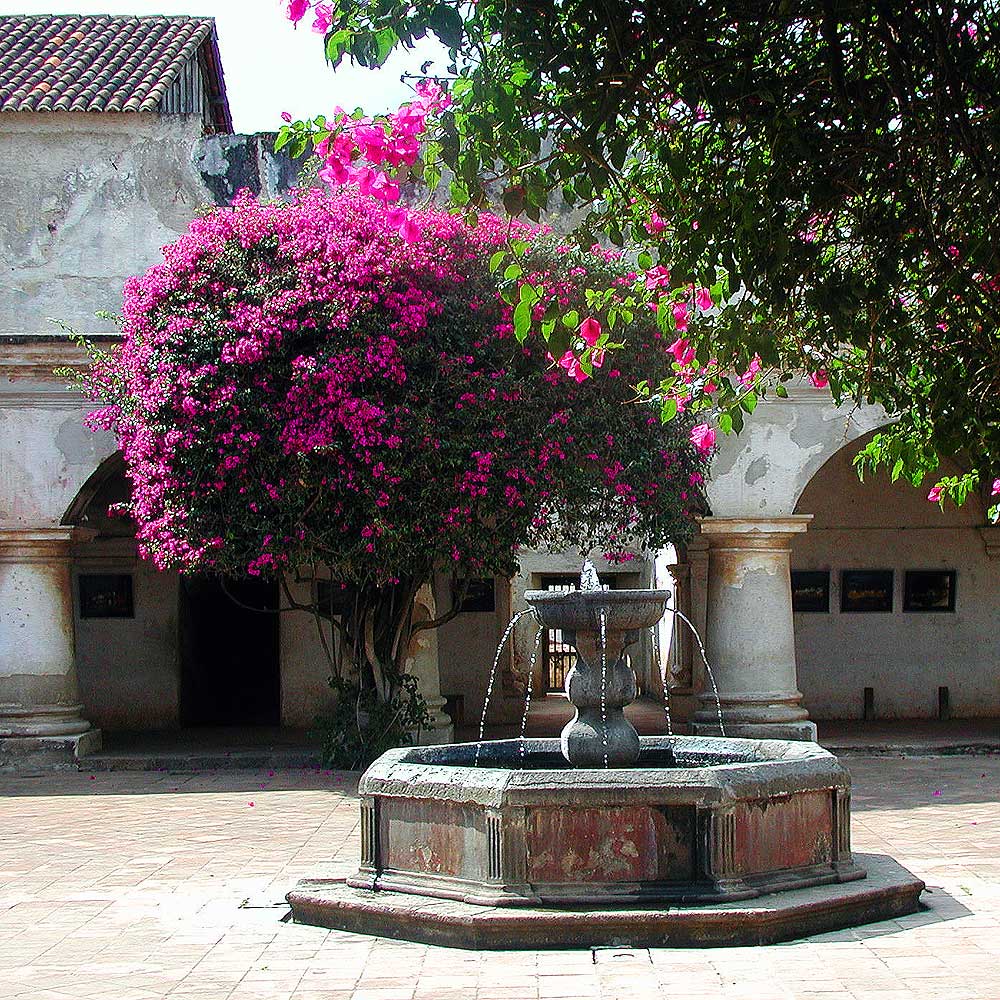