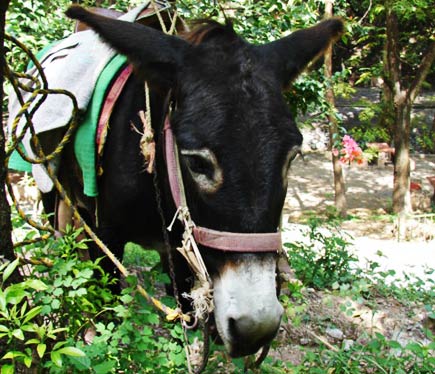 Jonathan Dunham was working as a substitute teacher in the Portland, Oregon, public schools when, a couple of years ago, he just started walking. He walked south to Texas, crossing the border at Tamaulipas. He stopped there long enough to do chores on a family farm; when he decided it was time to resume walking, his host family saw him off with a burro to help him with his load.

He named the animal Whothey, a name that was gradually transformed, through the mouths of the Spanish speakers he met along the way, into Judas. Together the pair continued walking through Central America and into Colombia and Venezuela. Everywhere the donkey has proved an icebreaker, and the travelers have sparked interest wherever they have gone. “Judas is not just any donkey,” a newspaper reporter enthused in Barranquilla, and “Jon is a well-mannered and shy biochemist.”

To Mr. Dunham Mexico and Venuzuela seemed the most generous countries he has journeyed through.