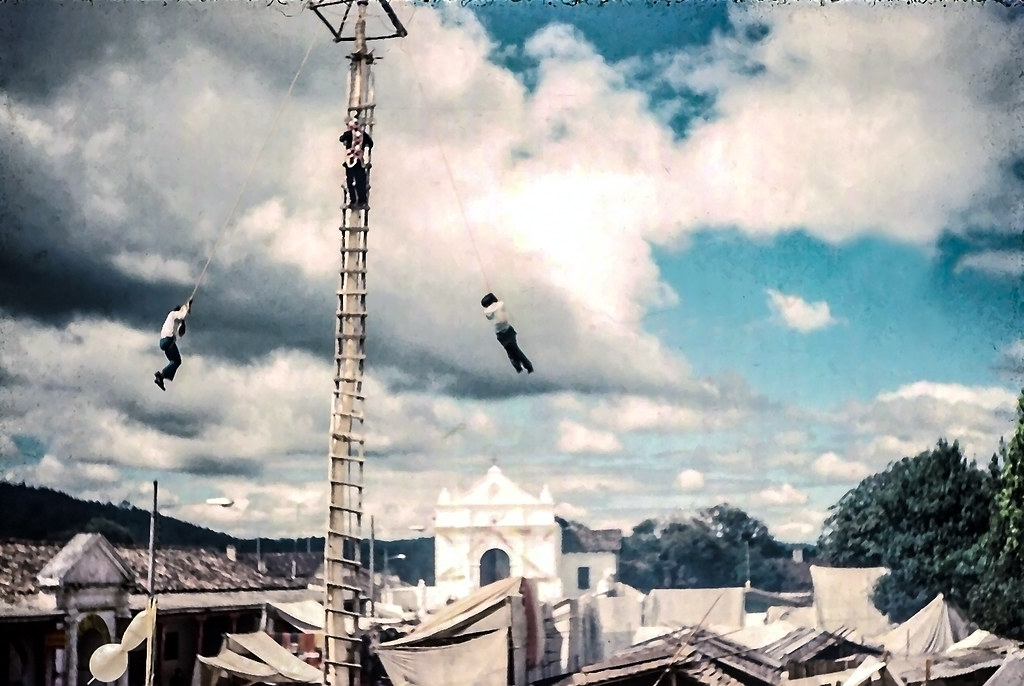 During the fiesta of Santo Tomas (Dec. 21), in Chichicastenango in the Guatemalan highlands, extremely tall pine poles are consecrated and erected in the plaza for the ceremony of the palo volador — the flying pole. Pole dancers climb in pairs to the top via platforms and ropes, and then they spin at the end of the ropes dizzyingly (and dangerously) down in great swooping circles. The ropes are attached to a frame that rotates at the top of the pole.

In the background is the church of Santa Tomas, which was built on top of a pre-Columbian temple. I had assumed that the ceremony’s origins lay in the Maya tradition of yaxche, the tree of life but Anthropology of Guatemala connects it to the bird deity, Itzamna:

In the pre-conquest period, the dance was said to be associated with the bird deity, Itzamna, and the recreation or regeneration of the world. A flute player stood on the top of the pole and played flute music that imitated the sound of birds singing. The “flying bird men’ represented the four directions. And spinning around the pole represented the regeneration of the world.

After the arrival of Christianity, the interpretation of the dance was altered. The ‘flying bird men’ were replaced by Angels. And their spinning descent to the ground represented the descent of the Angels into the Underworld to do battle with the forces of darkness

Santo Tomas is Chichi’s patron saint, and with Christmas approaching this festival is one of the years biggest events, perhaps equaled only by the semana santa festivites in La Antigua. The festival attracts a very large crowd from all over the highlands. The rowdy, noisy, alcohol-fueled ceremony extends for several days around the saint’s official days. That day is marked by colorful processions, which include the baile de la conquista, the dance of the conquest, in which masked dancers portray the Spanish conquistados. It is the best market day of the year in Chichi, which is the prime highlands market town. 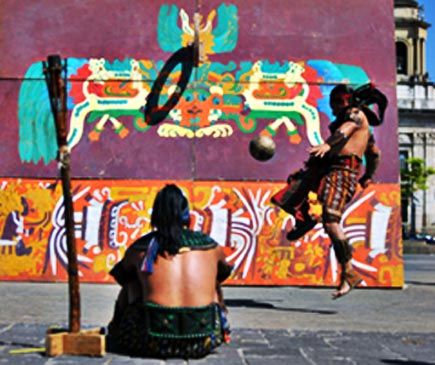 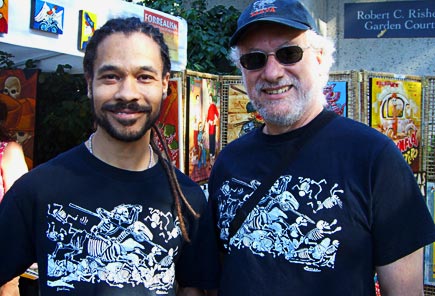 With Day of the Dead around the corner, Rafael Jesús González’s blog is well worth visiting. He traces the celebration from its ancient roots through the colonial period and into the present.

Above: Me (right) and a friend, at the 2006 Dia de los Muertos celebration at the Oakland Museum. Tee shirt image by José Guadalupe Posada, photo by Anne Christensen. 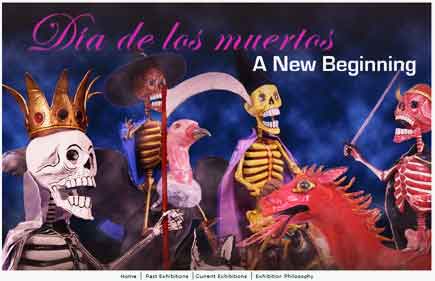 The Black Christ of Esquipulas

The town of Esquipulas in Guatemala is famous for its black Christ image, carved of dark balsam wood in the sixteenth century. The church is a famous pilgrimage site, and in 1995 Esquipulas was named “the spiritual center of Central America” by Pope John Paul.

Narration in the video is in Spanish.

Before we take our leave of Carnival, let’s take a moment to enjoy this character’s colorful costume. 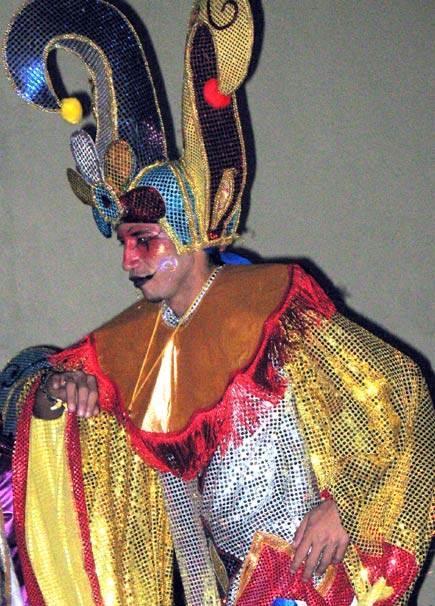 The city of Merida in the Yucatan has one of the livelier Carnival celebrations in Mesoamerica. These pictures were taken 19 February, 2007. 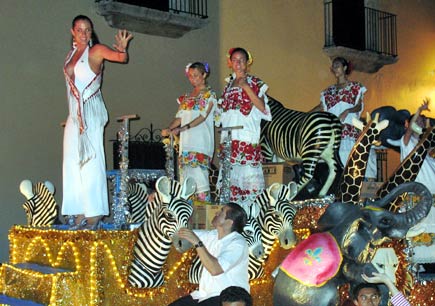 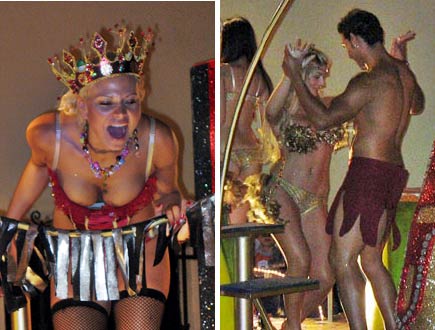 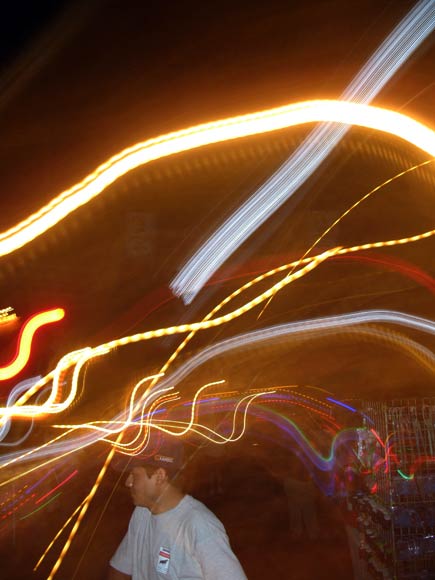 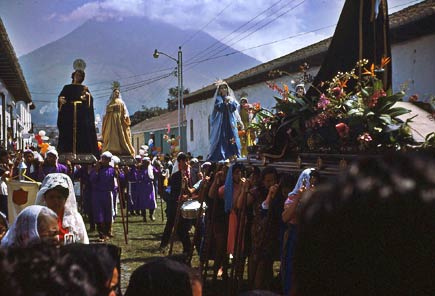 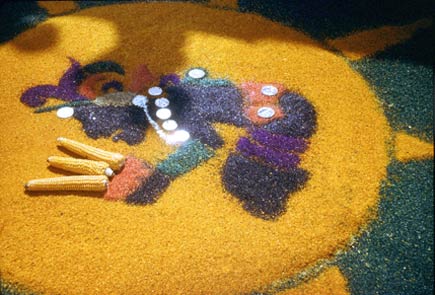