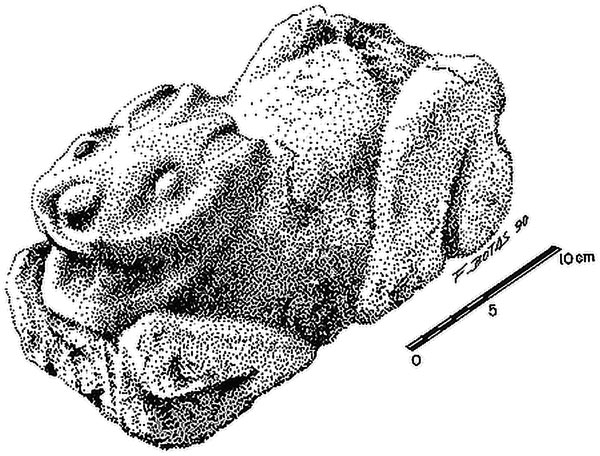 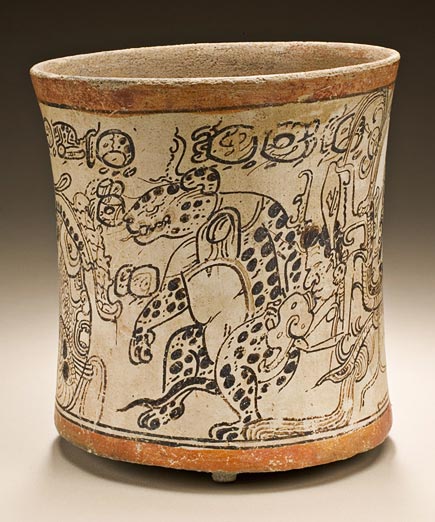 The portion of this painted ceramic drinking vessel that is shown in this image shows a well-turned- jaguarsporting a knotted scarf and a deer antler. He is a wayob’ — the companion spirit of a Maya ruler. Other wayob’ shown on the other sides of this vessel are a toad and a serpent (the young man at right is emerging from the serpent’s jaws). The vessel, from the southern Campeche area, is in the collections of the Los Angeles County Museum of Art.

While we’re on the subject of sea turtles, here’s a photo of baby turtles at Monterrico, on Guatemala’s Pacific coast, from guillermogg’s photostream. 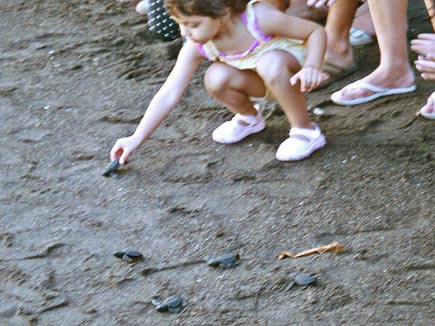 By the way, this image is a good example of my technique for correcting color cast. I think it’s fair to say the original was a little blue: 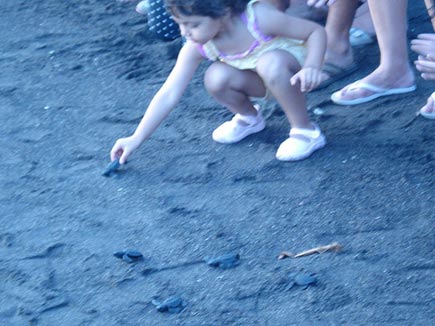 A behind the scenes look at volunteer-driven sea turtle conservation at the La Barrona in Guatemala.